Last month I posted an essay titled The Cultural Cross-Pollination of Shōjo Manga in which I argued that the work of young comics creators in North America has increasingly come to demonstrate narrative and visual allusions to shōjo manga.

Such influences are readily on display in the Artist Alleys at anime conventions, which I illustrated in an earlier post on fan comics at the Los Angeles Anime Expo. Transformative works based on anime and manga are obviously drawn to reflect the artistic conventions employed in these media, as are the majority of the original comics distributed at anime conventions.

What about comics conventions that aren’t directly connected to anime and manga?

This past May, I had the opportunity to travel to Canada to attend the Toronto Comic Arts Festival (TCAF), one of the largest and most prominent gatherings of small comics presses and independent comics creators in North America (others include the MoCCA Arts Festival in New York and the Small Press Expo just outside of Washington DC). On the day I attended, the venue was absolutely packed with fans and creators, and there were tons of references and homages to manga to be seen.

The most high-profile celebrations of manga culture at the TCAF came in the form of two special guests from Japan, the contemporary alternative manga posterchild Taiyo Matsumoto and the god of bara (male/male) manga Gengoroh Tagame, both of whom were enthusiastically welcomed. Established and well respected comics publishers such as Fantagraphics and Drawn & Quarterly also actively promoted their releases of translated manga.

In addition, the TCAF was bursting with self-published comics of all shapes and sizes, and I’d like to share my scans of the covers of some of the manga-influenced work I had the great fortune to get my hands on while I was there. 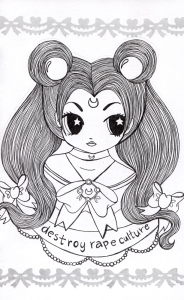 Destroy Rape Culture, by Starchild Stela
In which the Sailor Senshi encourage you to smash the patriarchy. 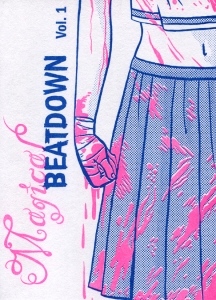 Magical Beatdown, by Jenn Woodall
In which a magical girl beats the everloving crap out of street harassment.
(This comic is brilliant and should win the next Nobel Prize for Literature. Sorry Murakami.) 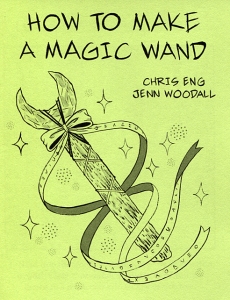 How to Make a Magic Wand, written by Chris Eng and illustrated by Jenn Woodall
A field guide to utterly decimating the sexist assholes in your life like a badass mahō shōjo. 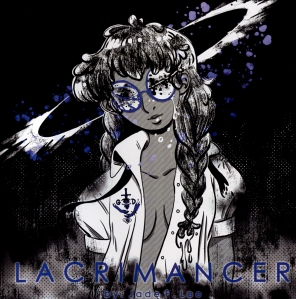 Queen of Hearts, by Louisa Roy
Such gorgeous art, such lovely writing, such interesting research, so Rose of Versailles. 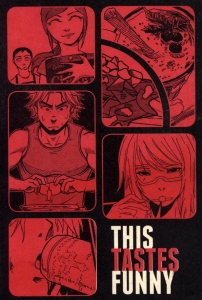 This Tastes Funny, an anthology by the Suddenly Sentai collective
Stories about food with shōnen manga stylings. 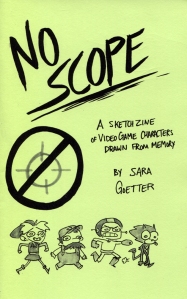 No Scope, by Sara Goetter
And let us not forget that video games are part of the manga media mix too.
(Sara Goetter’s RPG-inspired original comics are amazeballs, by the way.) 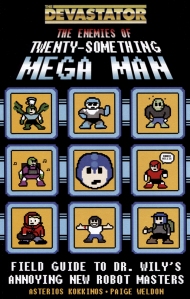 The Enemies of Twenty-Something Mega Man, published by The Devastator (NSFW)
They also have a book about otaku, but it’s too close to home and it hurts.

This is the standard disclaimer that the work posted above is not universally representative and is subject to my own taste and resources. If I have misrepresented an artist, or if you are an artist who wants any links or images removed, please let me know.