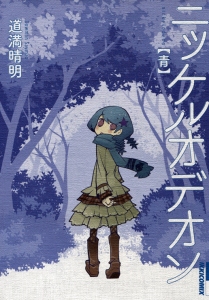 I sometimes feel as if I’ve spent the past ten years of my life trying to find another Azumanga Daioh: a set of girl-centric stories that are weird and funny and touching without being male gazey. I love Azumanga Daioh‘s cute artwork and bizarre situations and perfect ratio of dark to sweet humor. Having read my way across a large swath of its many, many imitators, I’ve come to the conclusion that Azumanga Daioh is one of a kind. But I’ve found something close, yet different – and just as enjoyable.

Dowman Sayman’s Nickelodeon series is, on the surface, nothing like Azumanga Daioh. Each of the manga’s stand-alone stories is exactly eight pages long; and, aside from a few inconsequential crossover references, they have nothing to do with each other. Whereas Azumanga Daioh was all about the daily lives of high school girls, the subject matter of the stories in Nickelodeon ranges from grotesque fantasy to sci-fi spoofs to sarcastic magical realism. Unlike Azumanga Daioh, which has few male characters of note, the cute girls of Nickelodeon are more than adequately balanced by cute boys. What Nickelodeon does have in common with Azumanga Daioh is the tone of its unique style offbeat humor, as well as the artist’s ability to imbue stock characters with unexpected depth and feeling.

One of my favorites is the cover story of the “Green” volume (pictured below), “Hickey & Gackey” (Hikkī & Gakkī). The piece opens with a girl named Otowa delivering a set of handouts to her classmate Sengoku-san, who seems to have become a hikikomori some time ago. Sengoku-san lives alone in her house, which has become a gomi-yashiki (trash hoarder’s den). After speaking briefly with Sengoku-san, Otowa promises to come again next week, but Sengoku-san tells her that this is the last time they’ll meet, as the city is sending an enormous garbage disposal unit named “Duskin Hoffman” (Duskin is a Japanese company that makes Swiffer-like cleaning implements) to her house to dispose of her like the rubbish she is. Suddenly, the ground starts shaking, the blades start whirling, the trash starts flying, and Otowa reaches out to Sengoku-san, making a last desperate confession. It’s absurd and ridiculous but somehow manages to punch you right in the feels, and the ending is beautifully open to interpretation.

Nickelodeon was serialized in Shōgakukan’s recently defunct IKKI monthly alternative seinen magazine, and its readers were thus expected to be genre-saavy and open to weirdness. The manga also contains moments of overt sexuality – it’s nothing that could even remotely be considered pornographic, but some of the characters are shown engaging in adult thoughts and behaviors, and there is occasional cartoonish nudity. The humor is for the most part good-natured, and the author emphasizes and plays on the silliness and personality quirks of his characters, not the sizes and shapes of their bodies. However, because male and female humans are portrayed as having nipples (the horror!), I don’t foresee Nickelodeon being licensed in North America. If you can speak a little Japanese, though, it’s fairly easy to read. In fact, I assigned a chapter to my fourth-year Japanese class this past fall, and the students seemed to really enjoy it.

Nickelodeon is almost perfectly bespoke to my own personal tastes, so it may be that I’m biased, but I think the three-volume series represents many of the great pleasures of manga written for an adult audience. Downman Sayman is wonderfully talented, and I’m expecting great things from him in the future. Hopefully one day his work will find its way into English!

The artist has two other two-volume seinen series, The Voynich Hotel (Voinicchi Hoteru) and Paraiso (Para☆Iso), available on Amazon.co.jp, and you can also find him on Twitter. Although he hasn’t updated it in some time, he has an account on Tumblr, which is cute and hilarious (but not entirely safe for work). 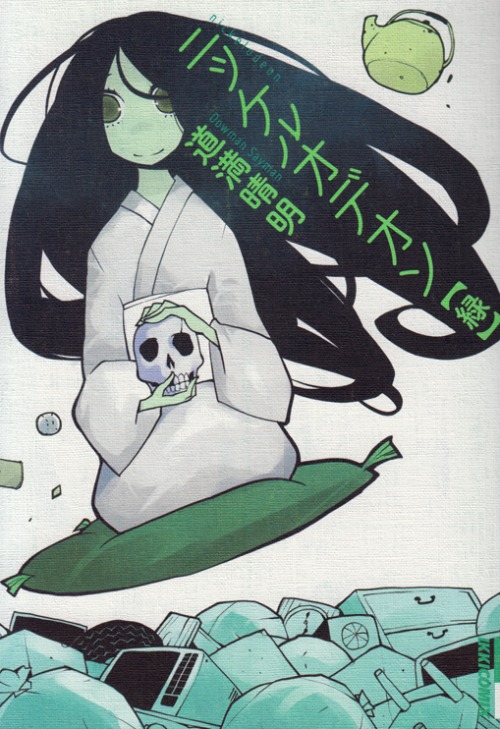